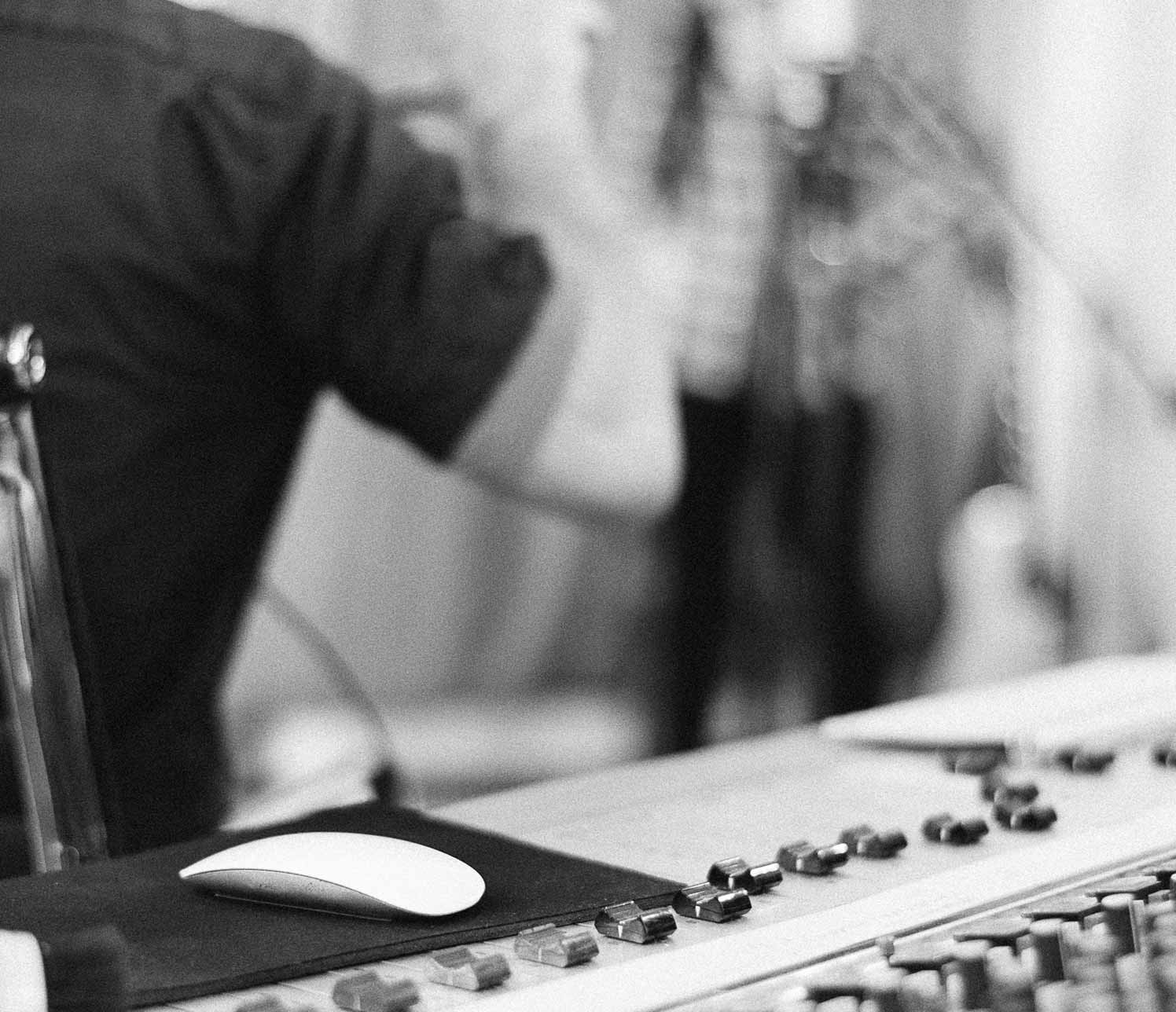 Sometimes vocals just refuse to settle into their rightful position in a mix. When this happens, don’t print the vocal on a separate channel and fob the problem off onto the mastering engineer. Investigate what’s wrong and sort it out during the mix. Chances are the issues causing your vocal dilemmas have less to do with level and more to do with your approach to the song.

SET & REGRET
The main problem with setting the ‘right’ vocal level is that there are no hard and fast rules to help you determine what that is. And, of course, there are countless types of vocal performances – main vocals, backing vocals, intimate vocals, yelled vocals, oohs, aaahhs, treatment harmonies and distant calls, all of which require a different approach to make them fit.
So what the hell do you do? How do you place the human voice in just the right musical context? Let’s investigate.

MAIN VOCALS
I’ll be concentrating primarily on main vocals in this article for the simple reason that more people lose sleep over these vocal levels than just about any other element of a production.
Being the star of the show, and the cornerstone of any good mix, main vocals come with their own fair share of ‘issues’, sometimes even before they’re mixed. Consequently, they’re often complex to get just right, even if Neumann mics and Neve preamps were plentiful during the recording session and you’re given carte blanche during mixdown.
With main vocals in particular, one trick to getting the level right is to dump the fader and re-establish it from scratch several times with your eyes firmly shut, each time taking note of the new position. When you find yourself hitting the same mark over and over, or at least getting within a dB or so each time, you know the vocal level is pretty settled.
Problem is, this technique doesn’t always work. Sometimes your new levels are all over the place: –5dBu one minute, +2 the next. At other times they’re consistent, but still things don’t sound right. There are lots of potential reasons for this, the main ones usually being poor vocal EQ choices, the wrong vocal compression, fundamental issues with other aspects of the mix (are the drums too loud, is the bass too quiet etc), or the most common of them all – a misunderstanding of where and how the vocal should reside in the mix in the first place.

RECALIBRATE YOUR THINKING
Cue our ‘alternative’ technique, which isn’t so much a technique as a mental recalibration. The trick lies in understanding the scale of the music you’re working with – how big or small, loud or soft it is. By interrogating your current approach – the vocal tone, compression, effects etc – you may discover that the path you’ve taken it down isn’t quite right for the scale of its surroundings. In some cases you may not have even considered scale during the mix.
Try asking yourself: is the song trying to sound enormous or was it recorded whisper quietly? Has it been delivered with extreme force during the tracking or were the takes dainty and delicate?

SMALLER VOCAL, BIGGER BAND
When a main vocal isn’t settling into a mix properly it’s often fighting against the illusion of scale, be it big or small.
Sometimes the main vocal of a big rock production, for instance, can get too loud in the mix simply because every time you turn it down the words get lost and the voice sounds dull. There’s a lot typically going on in an epic rock track, after all – guitars, drums and bass all going for it. The solution here is to understand the physical scale of the singer relative to his or her surroundings.
If the song is trying to sound huge, a powerfully sung vocal stuck too far ‘out-front’ and dry will only tend to fight this perception – the louder the vocal, the smaller everything around it seems. The vocal should sound clear but be modestly proportioned.
How? The trick in this situation is not so much to turn the vocal down as make the voice thinner. The reason being that big low-end frequencies tend to create the sense that the singer is up close, and at lower levels, dull. By reducing the low-end you help push the singer back into the mix, while simultaneously improving their clarity.

LET THE HIGHS PASS
Setup a high-pass filter on the vocal and pull out some bottom-end – the amount will depend on the singer. Now the voice seems smaller, its surrounding bigger, and everything sounds clearer and more powerful. And the reason for this is simple: in nature, a far away voice carries with it far less bottom and top-end than one six inches in front of you.

BIG VOCAL, LITTLE BAND
The reverse can also be true… an intimately recorded folk song, for instance, can often require a more up-front, fuller vocal tone. The idea here, in simple terms, being that the vocal can appear big because the scale of its surroundings is intended to sound small, and there’s less cacophony in the sonic spectrum. If the main vocal is too low and thin in this context it may start sounding like Rob Brydon’s small man trapped in a box – probably not your intention. Generally speaking, a fuller tone here can make all the difference, improving the sense of intimacy and focus.

BACKING VOCALS
Backing vocals take so many forms it’s almost impossible to offer an opinion here about how they should sit in a mix without sounding like a fool.
Generally speaking though, there’s more mixing freedom when it comes to backing vocals. Depending on their role, backing vocals can be literally comprised of any type of voice, be placed anywhere, have any type of EQ and exist at virtually any level. Given this, the gloves are off when it comes to exploring their possibilities. If you get in the habit of experimenting with them regularly, the spin-off benefit is that this experimentation will improve your main vocal mixing technique along the way.

GET RADICAL
So play with the tonal characteristics of backing vocals next time you’re doing a mix in ways you normally wouldn’t. Start by filtering out tops and bottoms – particularly where a ‘far off’ voice is the illusion you’re trying to create. Thinner will immediately sound further away. If you’re mixing sweet ‘oohs’ and ‘ahhs’, try filtering out everything below 300Hz or so and boost the high-end… make those babies fizz and hear them cut sweetly through the mix without ever sounding loud or boomy.
Of course, as many of you reading this are probably already aware, this technique of making things sound recessed in the mix whilst remaining crystal clear can be applied to any sound, not just voices. But it’s the human voice that most listeners are attracted to. Get that right and your mix is halfway there.